The Imagineering Process: bring your creative ideas to life 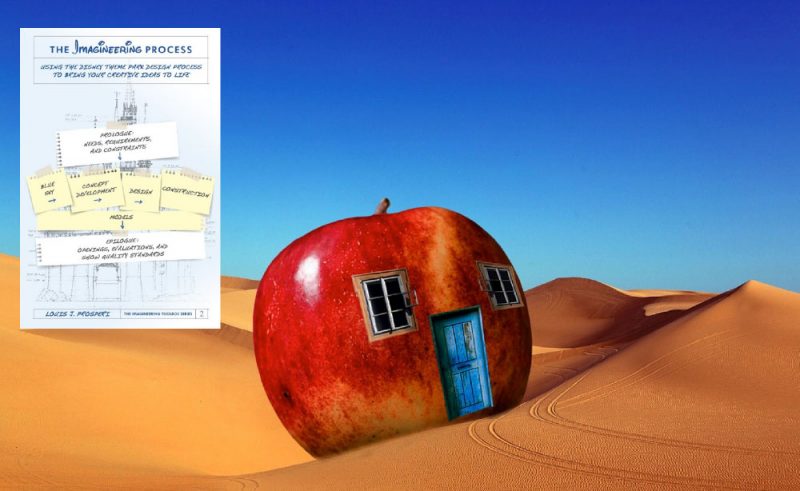 I have always been passionate by Walt Disney’s “Imagineering” (a portmanteau combining the words “imagination” and “engineering”).

It is an essential tool when innovation is pursued. The Imagineering Process written by Louis J. Prosperi gives a very practical approach on how to use it in the workplace.

The Imagineering Process is a simplified version of the process Walt Disney Imagineering uses when it designs and builds theme park attractions, resorts, and other venues. There are seven pieces or stages in the process. Five stages form the core of the process, while the other two serve as its Prologue and Epilogue.

You’ll learn how to begin as the Imagineers begin, with an evaluation of needs, requirements, and constraints, and then you’ll delve into the six stages of the Imagineering Process: blue sky, concept development, design, construction, models, and the “epilogue,” where you hold your “grand opening” and assess the effectiveness of what you’ve built.

For each stage, you will learn how it’s used by Disney Imagineers, the goals of each stage, and how each can be leveraged in other fields.

Sign up and stay updated on the latest developments on Collaborative Leadership and on WASABE !
We promise: maximum one email per month – no junk.